You are here: Home / EGR Removal

In internal combustion engines, exhaust gas recirculation (EGR) is a nitrogen oxide (NOx) emissions reduction technique used in petrol/gasoline and diesel engines. EGR works by recirculating a portion of an engine’s exhaust gas back to the engine cylinders. This dilutes the O2 in the incoming air stream and provides gases inert to combustion to act as absorbents of combustion heat to reduce peak in-cylinder temperatures. NOx is produced in a narrow band of high cylinder temperatures and pressures

In a gasoline engine, this inert exhaust displaces the amount of combustible matter in the cylinder. In a diesel engine, the exhaust gas replaces some of the excess oxygen in the pre-combustion mixture. Because NOx forms primarily when a mixture of nitrogen and oxygen is subjected to high temperature, the lower combustion chamber temperatures caused by EGR reduces the amount of NOx the combustion generates (though at some loss of engine efficiency). Gasses re-introduced from EGR systems will also contain near equilibrium concentrations of NOx and CO; the small fraction initially within the combustion chamber inhibits the total net production of these and other pollutants when sampled on a time average. Most modern engines now require exhaust gas recirculation to meet emissions standards.

In a typical automotive spark-ignited (SI) engine, 5% to 15% of the exhaust gas is routed back to the intake as EGR. The maximum quantity is limited by the need of the mixture to sustain a continuous flame front during the combustion event; excessive EGR in poorly set up applications can cause misfires and partial burns. Although EGR does measurably slow combustion, this can largely be compensated for by advancing spark timing. The impact of EGR on engine efficiency largely depends on the specific engine design, and sometimes leads to a compromise between efficiency and NOx emissions. A properly operating EGR can theoretically increase the efficiency of gasoline engines via several mechanisms:

In ICS Tuning, with low cost can be deactivated Recycle Exhaust valve EGR, reprogramming the ECU. This allows the motor to unlock the maximum torque and horsepower is from the manufacturer epitynchanontas parallel fuel reduction of at least 5%. 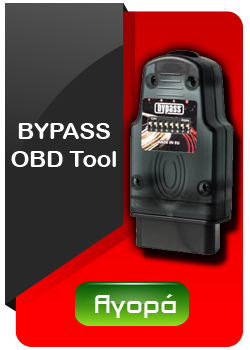 error: Please do not do that !!
Scroll to top